In 2018, East Lothian Council had only four functioning changepoints. As a result, it was believed that people would not purchase electric vehicles (EV) until the infrastructure was there to support them. “Range-anxiety” (the perception that a driver might run out of fuel far from home) was a common fear among drivers who might be looking to switch. For households without private driveways, there was even less incentive to drive EV. A recent study identified that there were nearly 15,000 such households in East Lothian.

Additionally, longer electric vehicles or those with trailers couldn’t charge at any of the public chargepoints. Further, the local Car Club had been forced to switch from an EV to a conventional vehicle because of difficulties with charging.

Over the following two years Boyd Brothers supported East Lothian Council by installing its network of over 80. Now the majority of people in East Lothian now live within a 5-minute drive of a chargepoint.

The network now consists of both ‘Journey’ rapid chargers and ‘Destination’ slower chargers. One of their most recent sites at Wallyford Park & Ride, has also incorporated longer charging bays with High-Power Chargers suitable for heavier vehicles at a key point close to the strategic road network.

Resident now have access to one of the most complete charging networks in Scotland and levels of use are consistently rising. East Lothian Council is now looking to the opportunities of the future, such as:

Ryan Robertson, East Lothian’s EV Infrastructure Officer, commented that “Boyd Brothers, working for our main contractor Swarco UK Ltd, have provided an efficient and reliable service to get the key nodes of our charging network in place, and I look forward to continuing to work with them and other partners as we roll out more EV chargepoints across the county.”

Thank you to Neil Swanson / EVA Scotland for video footage 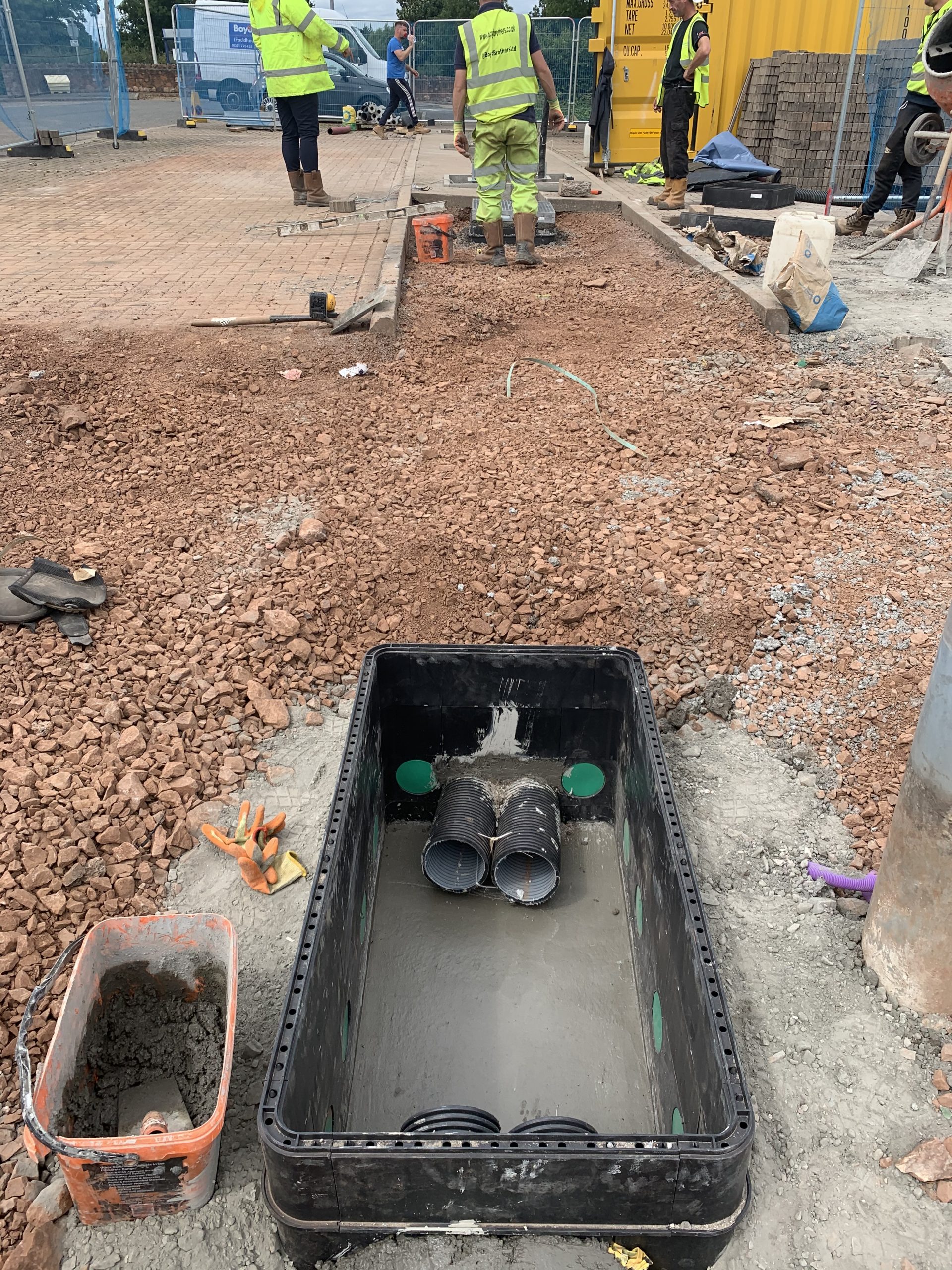 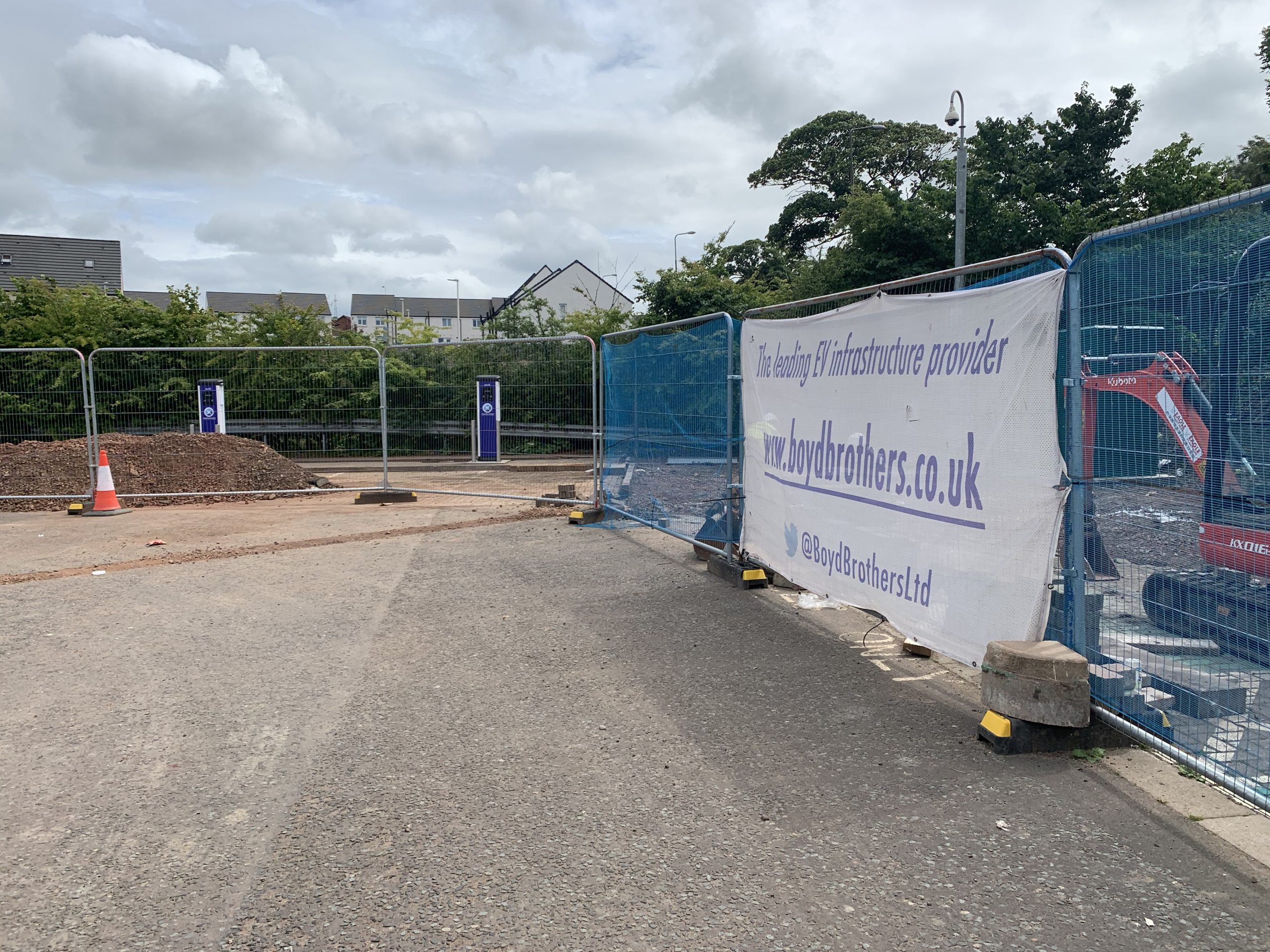 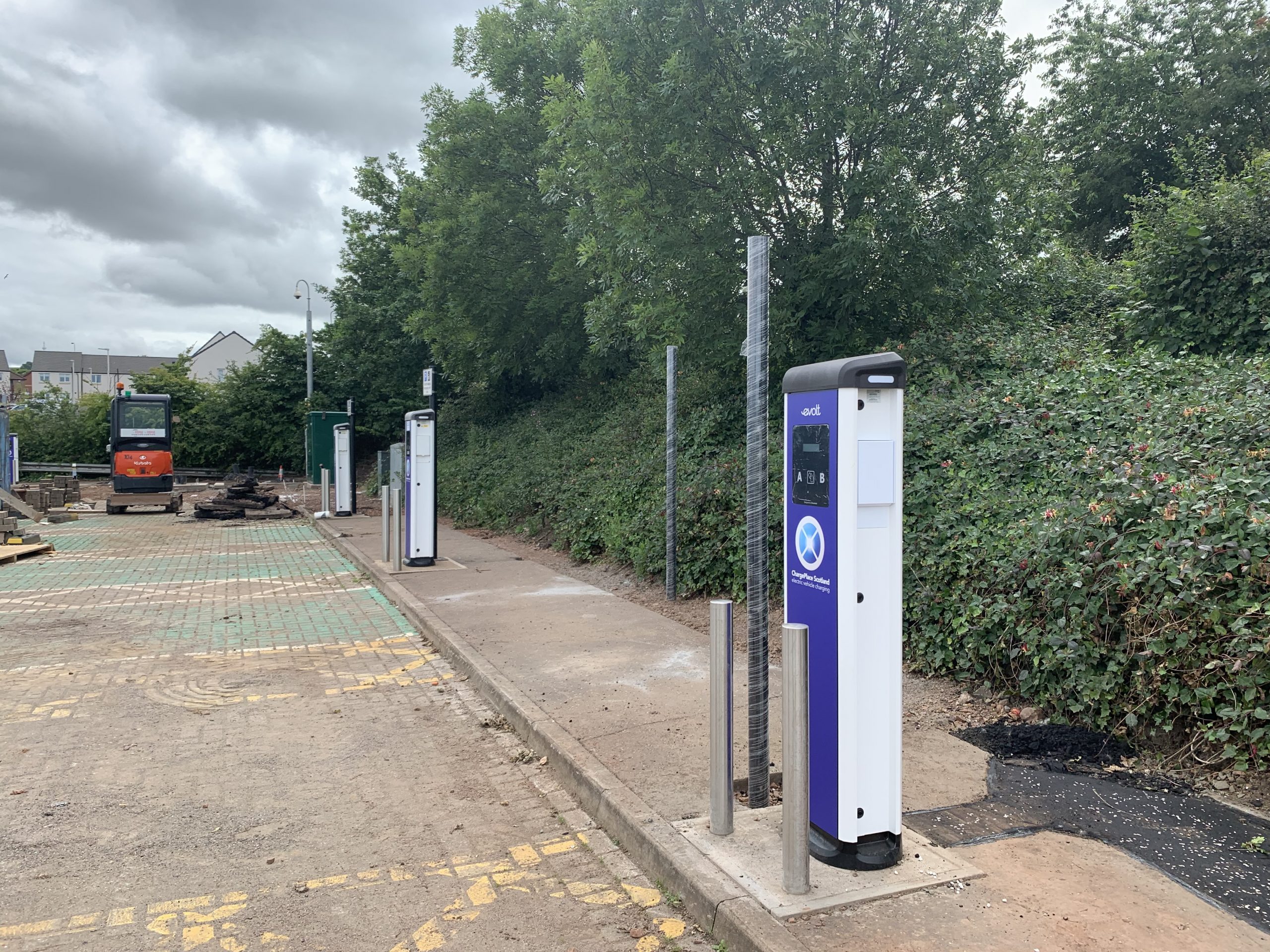 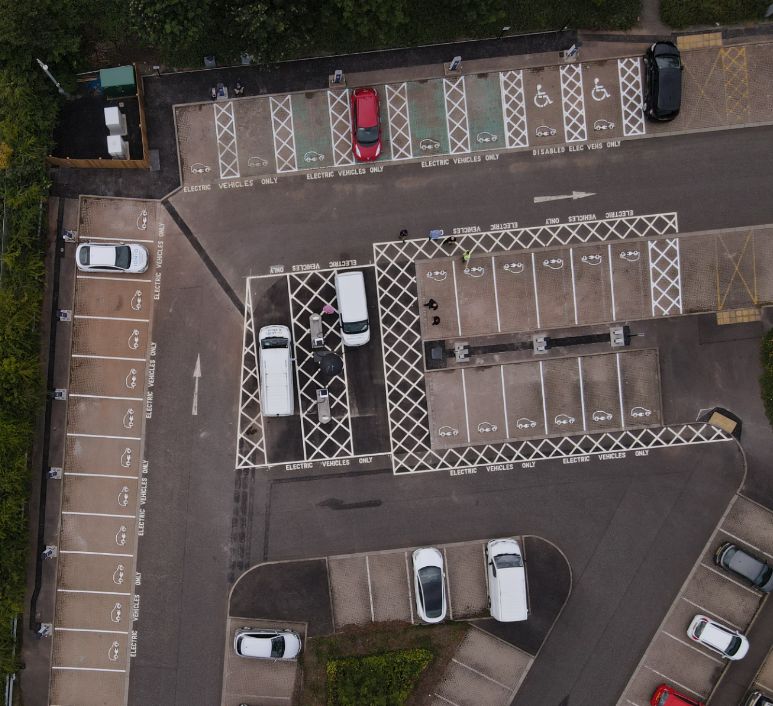 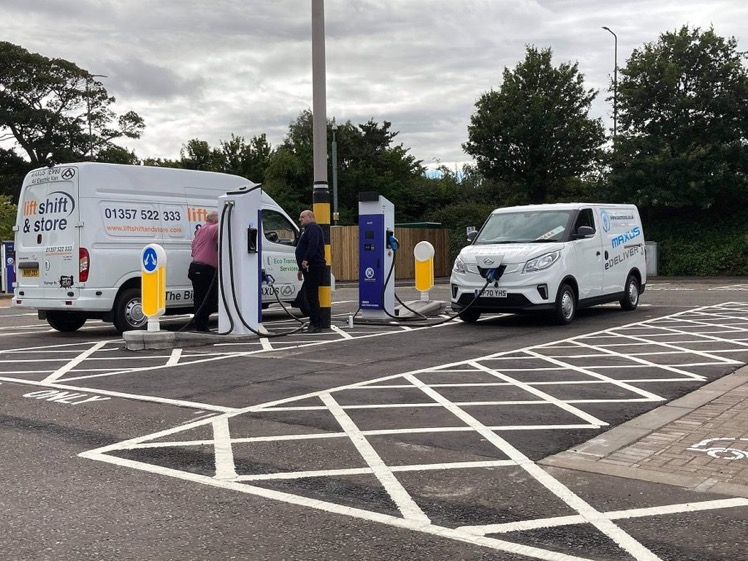 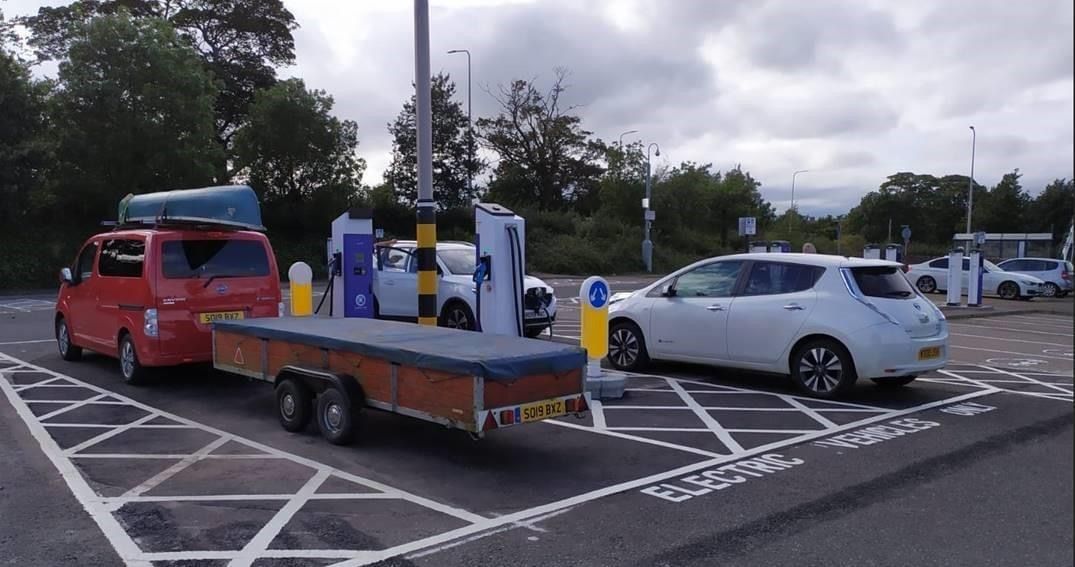 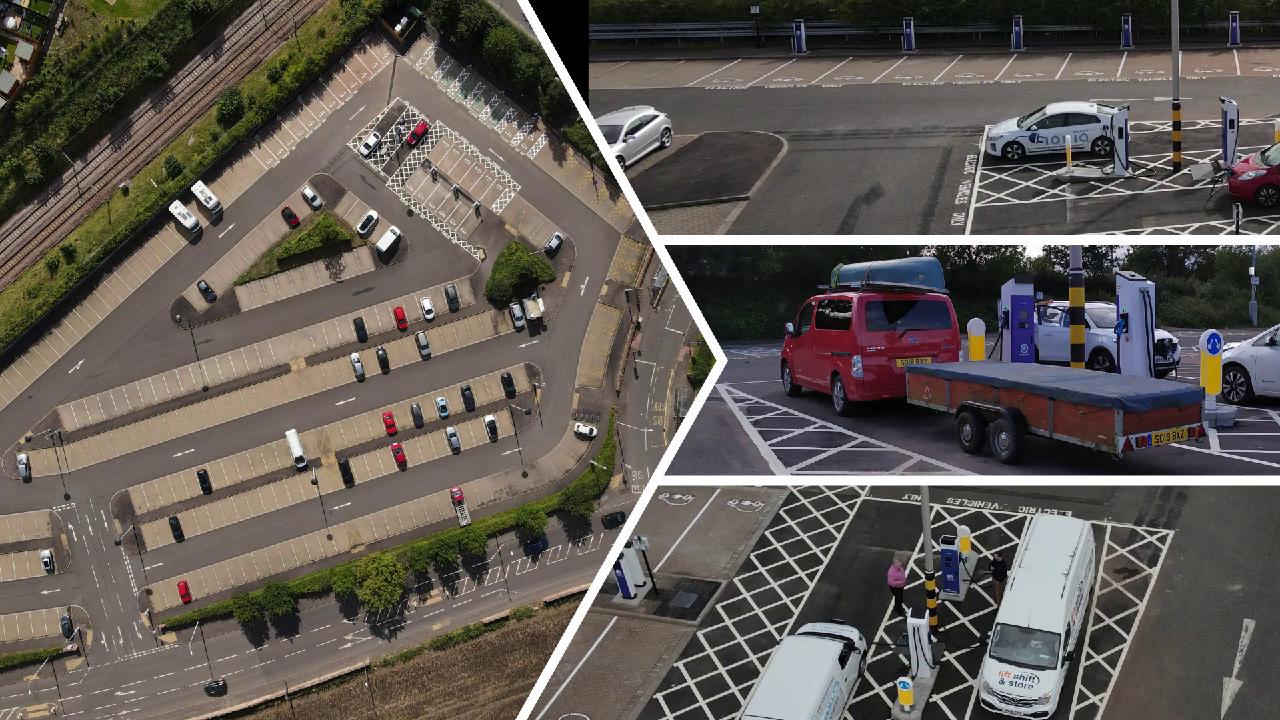 Please don’t hesitate to get in touch so we can discuss your Electric Vehicle charging projects in more detail. Thank you for reaching out to us.

This website uses cookies to improve your experience while you navigate through the website. Out of these cookies, the cookies that are categorized as necessary are stored on your browser as they are essential for the working of basic functionalities of the website. We also use third-party cookies that help us analyze and understand how you use this website. These cookies will be stored in your browser only with your consent. You also have the option to opt-out of these cookies. But opting out of some of these cookies may have an effect on your browsing experience.
Necessary Always Enabled
Necessary cookies are absolutely essential for the website to function properly. This category only includes cookies that ensures basic functionalities and security features of the website. These cookies do not store any personal information.
Non-necessary
Any cookies that may not be particularly necessary for the website to function and is used specifically to collect user personal data via analytics, ads, other embedded contents are termed as non-necessary cookies. It is mandatory to procure user consent prior to running these cookies on your website.
SAVE & ACCEPT